Am I just plain mean is something I often ask myself . The kids tell horror stories of me cutting the plug off the tumble dryer in the spring and their televisions when they were naughty .  ive caught certain members of the household drying socks in the microwave before now , that was a stunning idea, mentioning no names.
They call the Slow Cooker the Cauldron of Doom because you can never be quite certain whats in there , but theyve survived, theyre a stapping bunch raised on out of date army rations , deformed veg from the garden and more than a few E numbers .
It just doesnt occur to me to replace what isnt broken , the sofas so old it has horsehair , I carpeted the house with carpet tiles from the upstairs of a flooded building and if i can repair it i will . The boys are going the same way I think , they go on You Tube to figure out how to repair stuff and would sooner have 10 charity shop shirts than one posh brand . My daughters growing in to it , but the concept of cooking is alien to her, she can rebuild a Vespa engine really well though 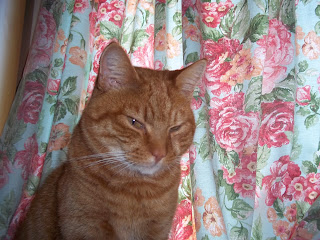 So Im now hosting a Show Me Your Pussy site this is the "do you really thing im going to stop warming my bum on the scanner so you can take photos stare" I did consider it as a title that realized what traffic it might bring . Heres my winter sewing machine , portable if youve got muscles and a bit temperamental but still a good sewer , born 1898 so really shes the ultimate example of my meaness. So now im off to go and debobble a lovely jumper i purchased from the £1 rail . Im being mean again arent I? You can tell me 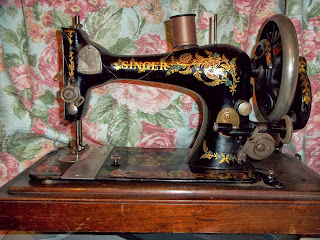