Well ive been up an hour and i can vouch for the fact that at 5am it was glorious here on the edge of the fen , now the fog is so thick that i cant even see across the garden ...lol
Mr is snoring on the sofa he hasnt slept much having decided to start a major project in the garden , a huge complex radio mast that isnt going well and must be finished before the builders start Thursday and  more work on it today, I could cheerfully put a pillow over his head , my back is screaming from having to help him yesterday and it had just nicely settled down again to the point where i walked the school run yesterday for the first time in weeks .
Theres the big tent to be put up today for him to move into for the builders visit , im rather hoping hes eaten by Bambi or visited by a herd of rabid hedgehogs in the middle of the night . but then again hes informed me i must have a walkie talkie with me at all times, day and night so he can call for assistance. Bleedin men!!!  All this because he has to take his pride and joy custom built Vespa out of the dining room for the duration , its not insured because the insurance lapsed during the DWP wars and he now cant afford to reinsure it  because they have trebled the premium , i have suggested chaining it to his commode or his ankle , theres a wee bit of an atmosphere to say the least .
Ive spent every penny i had on an online grocery shop because i simply cant fit a trip out into this weeks equation.
This is where i turn into the evil grouch from hell due to lack of sleep and back pain  , Mr Siestas through the day keeps me up all night and im running round like a headless chicken trying to move everything for the builders , then nursy duties Thursday onwards with daughter after her op, the builders here , the munchkin to sort and garden duties . Heatwave , sarcastic son being even stranger than usual , case worker visits ....it goes on and on

The Curse of the Builders

A very Agatha Christie title today methinks...
Anyway the gist of my rant  is that the builders are starting next Thursday , not bad since it was November when they were going to do the urgent boiler replacement. The man from the contractors turned up the other day to assess the job . It would seem its all going to be completely different to what the council told us they were doing . they are now not putting the boiler outside, its going back in the dining room , they are also replacing all the radiators , taking out the cylinder from the airing cupboard , not replacing any of the pipework and it all has to be done in two days...really
Confidence was not inspired by the fact that the bloke they sent stank of beer and appeared to be still pissed from watching England the night before , he turned up an hour late then fell asleep in his van outside !!
He also pointed out that theyre replacing the oil tank outside , and that we may be expected to move a shed to give tham access!! but that will be next month thank god , not sure how im going to manage that at all .
The inevitable moaning about our jammed stop tap that they wont replace because its joined to a lead house supply and its in the middle of the kitchen not on an outside wall , we are tenants this isnt our problem, contact the council they are well aware, im not wasting my breath anymore !!
So chaos raineth , Mr Bah Humbug has a lip on because ive told him he must remove the Vespa from the dining room . He has announced he is moving out into the large tent in the garden because he cant cope with the hassle , floorboards up etc and hes taking his scooter and his porta potty ...men
ive got to move furniture with a nine year old munchkin as my assistant , because everybody is either ill or not here at the moment , daughter is having surgery on the day they start so i cant even be there for her ...aaargggggggghhhh
Posted by kate steeper at 01:52 2 comments:

The road trip to Manchester was a resounding success,, ive never cried so much , my eyes are still sore . Runrig has been the Story of my Life ,  through a crap marriage , singledom and then MR Bah Humbug and his trials and tribulations there has always been Runrig.  We have grown old together and them hanging up their guitars has dragged that thought into the forefront of my mind . There was even a fan in an urn occupying a seat .  The Munchkin loved it once it was up and running and he and another little girl got to shake hands and be fussed by the band , there were a great many generational families there , a lot of stereotypical mad drunk jocks and many a tear was shed .


So this was the best xmas present ever, if the saddest , I wish i could have managed the final night at Stirling but at least my daughter and her partner will be there .


Im on such a morbid drag over this that yesterday I pointed out to Mr Bah Humbug that Penny Cat and little Doris will probably be the last kittens we ever own , his comment ?

Well youd best hurry up and snuff it ,then they can burn you in a pyre at Stirling on the final night !!!
Posted by kate steeper at 05:04 4 comments:

So today im being dragged to Manchester to see Runrig for the final time , its been a long journey down the years , they have announced their retirement and this is the final tour , so im dragging  my sorry lame arse along with daughter and grandson to the Bridgewater hall . The munchkin has been in a state all week about it , despite seeing more live bands than your normal nine year old , hes in a tiz because its Manchester and people get blown up there . I have pointed out that im still here despite people getting blown up in Manchester since I was a kid .


My Daughter is going to the final concert up in Scotland later in the summer but I knew i would struggle with that, as at the moment im struggling to sit ..lol ...today will be interesting to say the least but i will manage , lots of will power will get you most places then i can snot and cry with the other old biddies at the end of an era
Posted by kate steeper at 00:15 2 comments:

AARRGGGHHH  when do i get the time to blog ? Life has sadly been rather full on the last couple of weeks . Mr BH had a minor foot op last week , trivial but very painful and now the bruising is starting to come out hes in a bit of a state , so grumpy has no meaning , we are all trying to avoid him.
Idiot GP doubled the tablets that are doing me no good theyre still doing no good as i told him theyve never worked in the past why would they now?  theyve left me very dizzy and spaced out , so when i get an appointment hes going to be told where to shove them .
Ive now been asking him to send me up to see the kidney bloke for 6 months , my back pain is getting to the level of cant move.
Idiot GP proudly announced that they had received my medical notes transcribed from the secret vault they are kept in by the government. It consisted of 93 94 and 95 the only years they could find !
He now admits that i have had various surgeries that if he could be arsed to examine me can be plainly seen in the motheaten carcass i live in . Im fairly sure i have a kidney stone ive had them before ,that needs lazering, well i hope thats what it is . If not god knows.

Then my ex father in law 92 who went into full time care with Alzheimers  earlier in the year, was told to clear his 3 bedroom council property out in 7 days , despite the rent being paid and up to date . So my daughter got lumbered with that job, because she had a van and nobody else could be arsed among his 3 sons and numerous grandchildren , they  just told the Council to bin it all and send them the bill.  She rescued all his personal stuff photos and paperwork , delivered stuff to various charities , gave stuff to his neighbours who helped her once she told them the situation etc etc .
Harold was a lovely bloke , he would do anything for anyone and cared for his partner Mary for over 20 years , he went down hill very quickly after a couple of falls and just gave up . He knows nobody when they visit him , Alzheimers is so cruel, so we grieve for him twice its just his shell sat in the old folks home he has left the building
Posted by kate steeper at 02:02 2 comments: 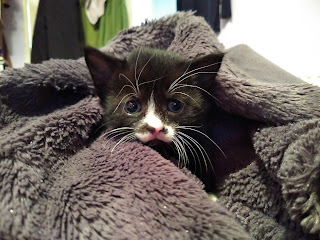 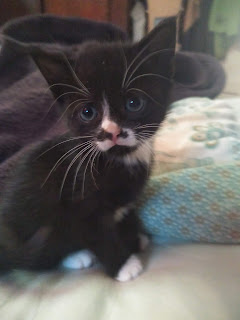