I seem to have become a multinational operation overnight , ive had guests from as far as India and China , loads from the USA and Canada  , found more people who thrift , and scrap craft , lots of quilters . Ive still only visited half the blogs in the list and now the internet has died because the Sunday Layabeds  have all crawled to their laptops and sofas . Thankyou folks its so nice to know you have an audience out there even if it is for only the weekend , I hope a lot of you will stay around till we get to the Spring and boot sale season , but ive spotted an auction on Wednesday so may trot along or should I say hobble .
Yesterday afternoon we were that desperate to get out  that we went to the first Jumble Sale of the year , it must be bad I was chauffered by Mr Bah Humbug , but he did stay in the van .
That was a wise move , this was a seriously posh village jumble sale and theres nothing more vicious than a hard up Aigle Wellie wearing female whos dabbed horse pee behind her ears . They were queuing down the road  , it was hilarious they were scrapping over the posh brand childrens clothes it was a pleasure to watch , i recognised a few of the local ebay clothes sellers trying to elbow there way in, then staggering back with a couple of M&S bits . 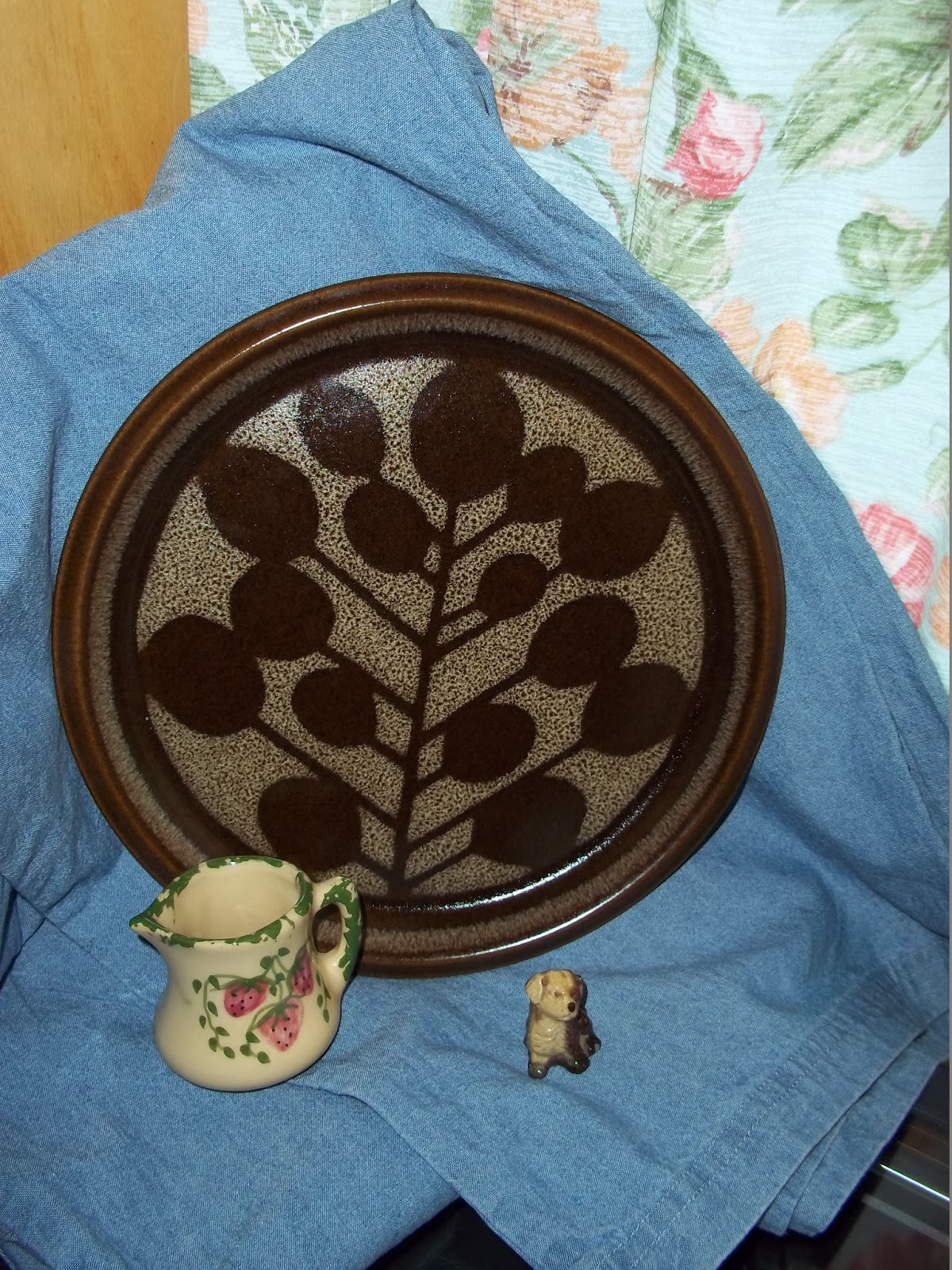 I spent not a lot on a couple of bits of china a Mikasa stoneware bit of gorgeousness, thats off straight into the shop,  a tiny cream jug that turned out to be Alpine Pottery Ohio, that my daughter may like  and a Wade Whimsy puppy for my grandson who rather likes little pot animals . I was so good I didnt buy anything just for me ...