Im baaaaaaaaack . thanks to the hacking cough dropping off im back in the land of the almost living , today the munchkin is 6 and what else do you get for the child who has everything and spotted these the other day , you think,
sod paying the council tax, lets buy the grandbairn a super duper commercialised elf , its going to share his bedroom im informed . The party from hell is at the weekend . 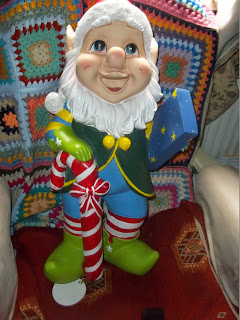 Meanwhile just to annoy Mr Bah Humbug whos first festive rant took place on the 11th Nov at 4.30pm and involved a xmas Tv advert and his favourite smug person Mr Jules Holland , weve all been taking bets what would set him off this year !!! , i found a vintage Santa tablecloth, he may choke on his turkey when he sees this on xmas day . But that means theres more for the rest of us so i can live with that . 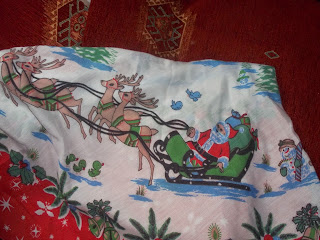 Plus in the realms of Why the hell did i buy it , my excuse is they were cheap , but when i looked they have little resale value so i guess these will be guesting for a while . 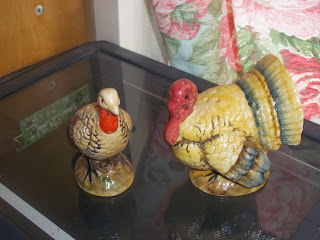 Ive gained a reader from The British Indian Ocean Territory , a place so obscure i had to look it up on Wikipedia , uninhabited islands with a military base in the middle of nowhere, hello chuck we dont bite
Posted by kate steeper at 07:30