After nearly a week of barely there internet , ive being sorting through loads of end of year bits I need to list  stuff while i can, more gales are forecast..joy
Stuff I had forgot about that has ended up buried in the depths , so its postcards and photographs on the grounds that theyre relatively cheap and simple to list ,plus craft patterns , they wont make me rich but they need to be gone, tempted to chuck loads of stuff into a local auction at the moment , theres such a lot of 99p rubbish on ebay  it baffles me how the sellers make any money after the fees . Could be the £9 postage..
Ive also found a whole box of xmas stock id forgot , guess theres always next xmas ..lol
Havent a clue where most of the bits im listing came from , theyve just been sat in a drawer, though i quite like the Edwardian gent with dog  dated 1912 it just tickles me that the photographers are called Barki . 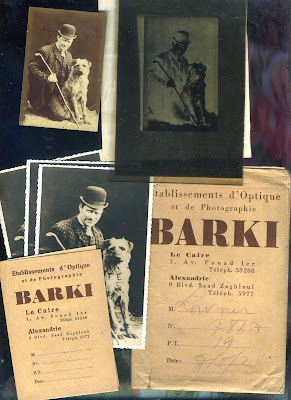