Oh Joy, was my remark as the alarm went of at 4am this morning . Mr Bah Humbug had got his xmas head on and wanted to go shopping!!! Managed to persuade him that we only needed to go to little Tesco , then went round a deserted store taking the stuff out of the trolley as he put it in , repeating over and over again ,we already have that , we already have that . £89 pounds of things he needs later , its MC Ds for a coffee and home for half past 6 , when its too dark to unpack the shopping . He then goes back to bed and leaves me in charge of the zoo , plus an excited munchkin who cant stop dancing about and singing his rather odd versions of xmas songs , think Mariah Carey meets Frozen !!! Plus hes now decided that a hula hoop is a great item to use in the kitchen ...lol
They have informed me that i must clear the floor completely in my little corner of the kitchen, a chore i have nearly completed by building the leaning tower of crap !! If they think that this is a challenge then  they better hope they dont want my vehicle till after xmas, because i plan to stuff it all in there ...he he he. 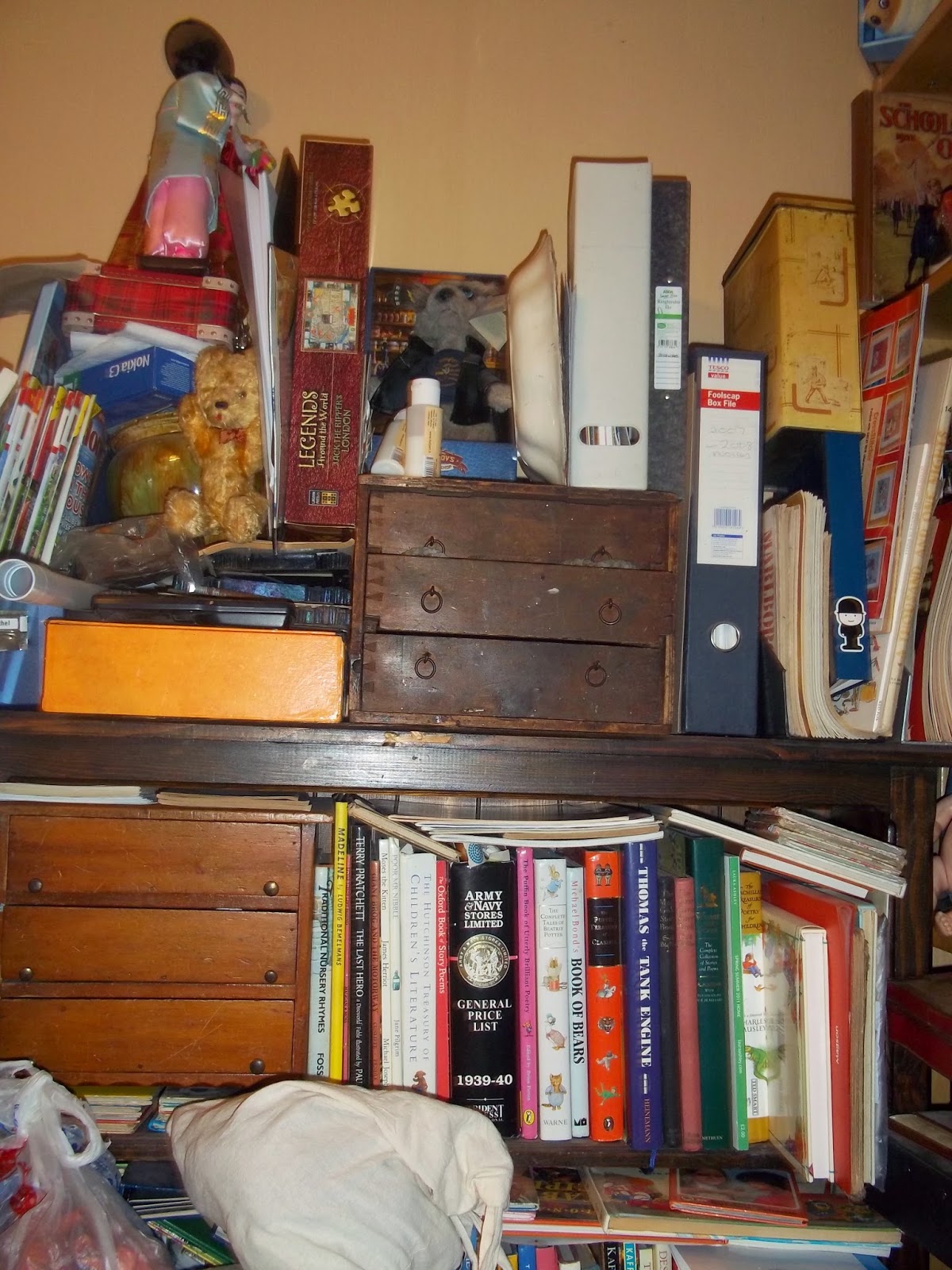 The urge to murder my better half is rising rapidly , its his baking day , think vast quantites of JusRoll pastry and a lot of bleedin mess..lol
The hoover has been awaiting fixing for 3 days !!! bleedin men
Plus hes snoring and im sneaking on here for a crafty hour .
Meanwhile im sending frantic texts to my daughter for the stuff  ive forgot , non essential items like potatoes..doh
Things can only get better ...cant they
So a Merry Xmas to All of those who are fighting in the trenches of xmas , for a bunch of lazy idle ungrateful family
Posted by kate steeper at 01:55