Mr Bah Humbug took me out last night for a bit of wild living , off to Lincoln Brant Road Club to see The Hicksville Bombers and their support Shane . What he hadnt realised was that this was The Lincoln Rock n Roll Xmas Party , complete with buffet . 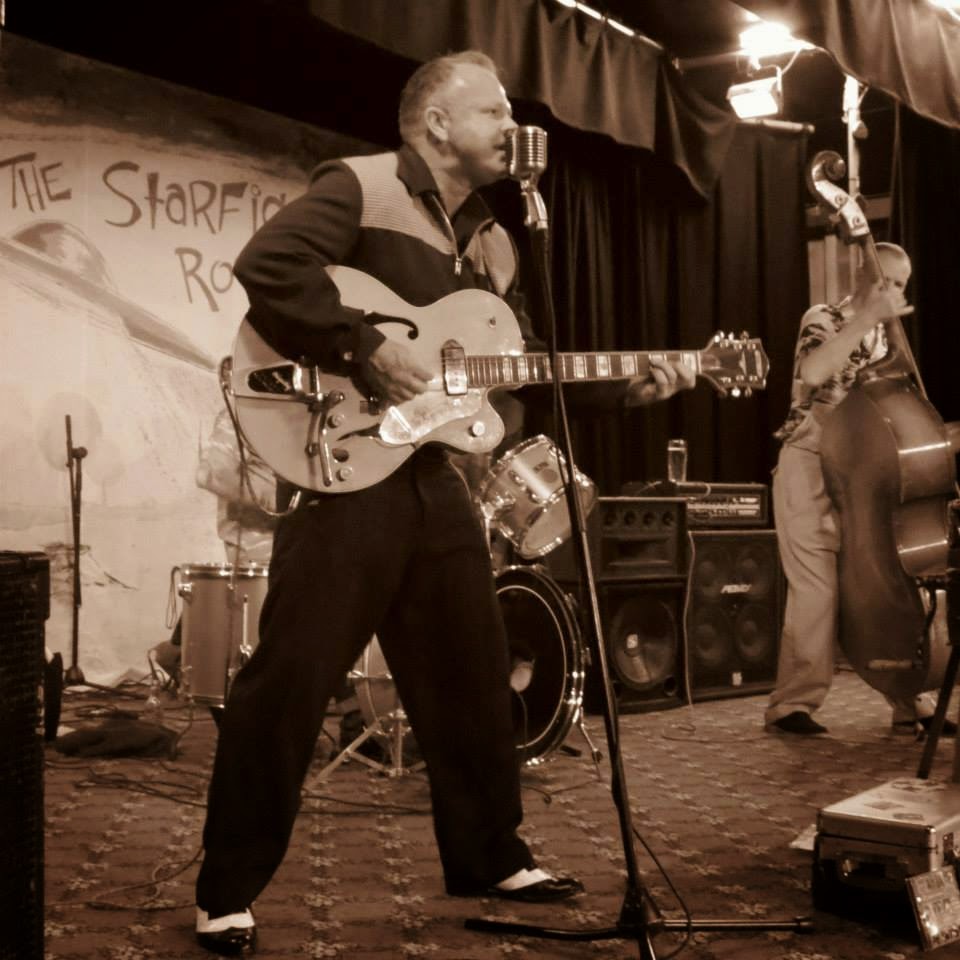 Mr Bah Humbug has been playing them to death in his van for months , bear in mind that when i met him he still had enough hair for a flat top , now hes just a grumpy balding guy...lol . Fat Elvis was there along with thin Elvis and dodgy Elvis . The dancing was amazing , the age range was spectacular from the Americana young ones, to those who have jived there way to hip replacements , there was many gorgeous dresses and it was a great night , they even had retro stalls at the back . Shane was great  , he has a band of his own that we will make the effort to go see . 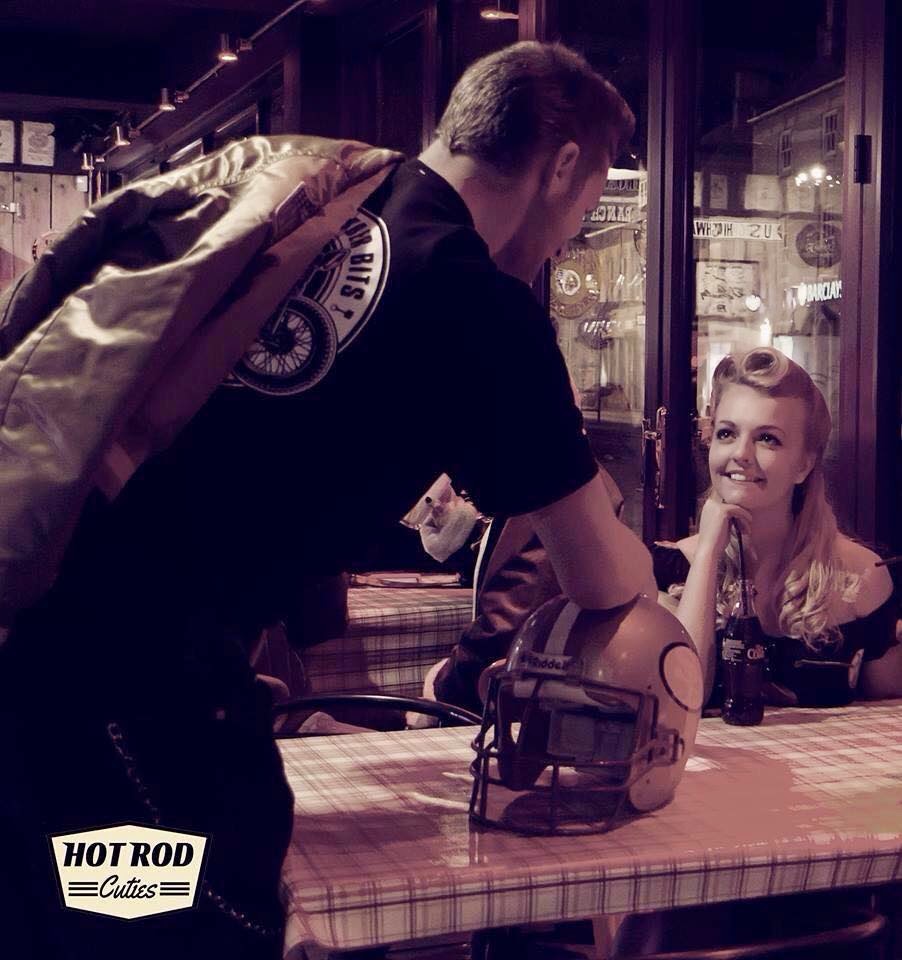 Big surprise of the night was the lead singers daughter who performs in her own right as Sharna Mae
Posted by kate steeper at 04:36