So I popped into the Bridge , wonderful cafe and charity shop on Newark Road . Sat having a natter and discussing stigmata, as you do, and someone walks in with a load of donations of toys . They never say no to anything and you get a free cuppa if you donate , plus you can park outside to drop stuff of and  theyre open monday to Friday . See I even give them a bit of promotion, even if its a long way for most of you to travel for a cuppa .
Anyway they were all looking in horror at this particular item , which i thought was lovely . Then i realised that i'd said out loud that I liked it . I was then informed they were putting it in my boot !!!
So im now the puzzled owner of a dilapadated home made 50s little dollshouse . I had an uncle who used to churn these and forts and farmhouses out for years , in fact i often see his efforts in local salerooms its not one of his but somebody probably used the same Hobbies magazine pattern that he did . 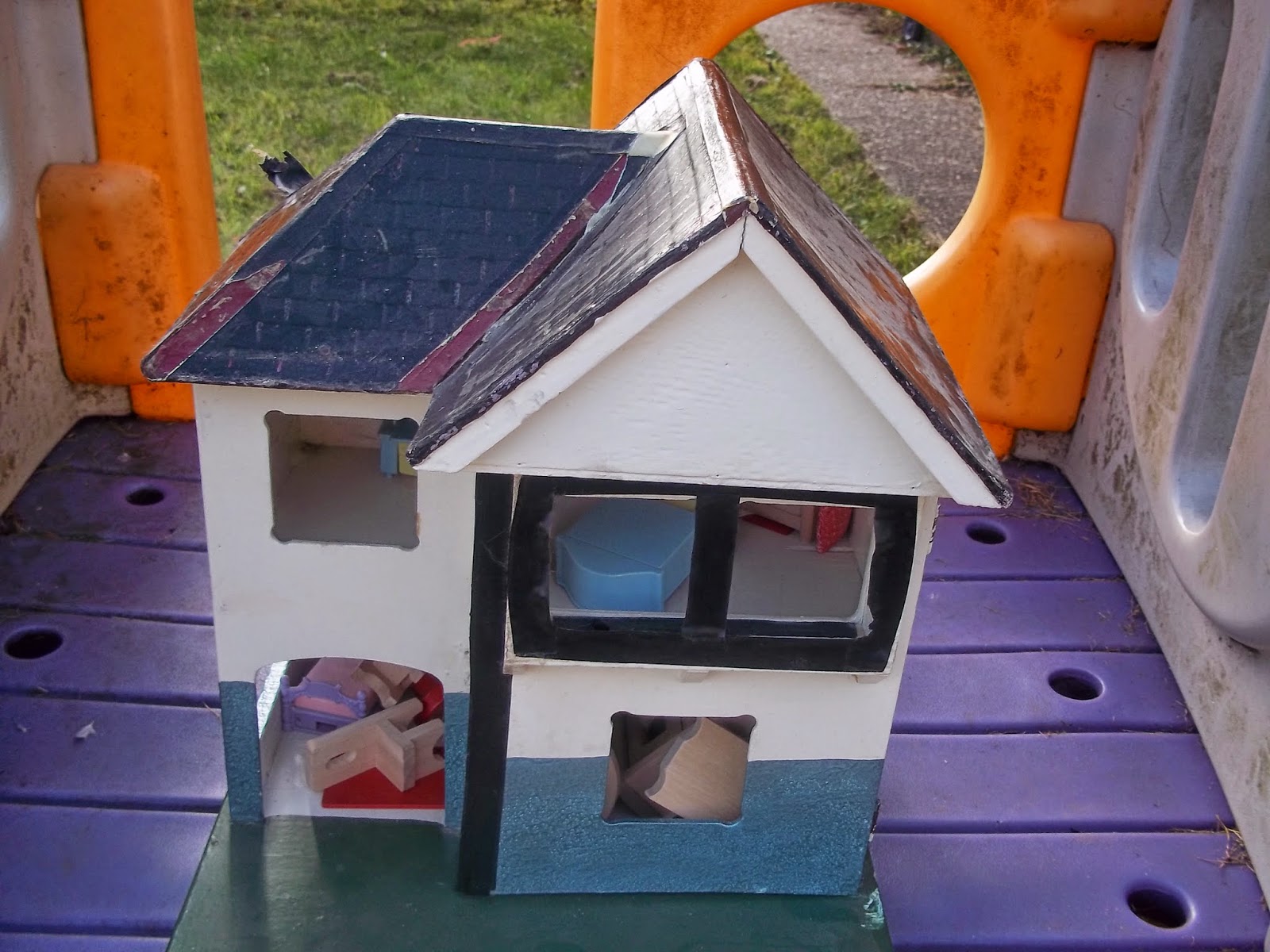 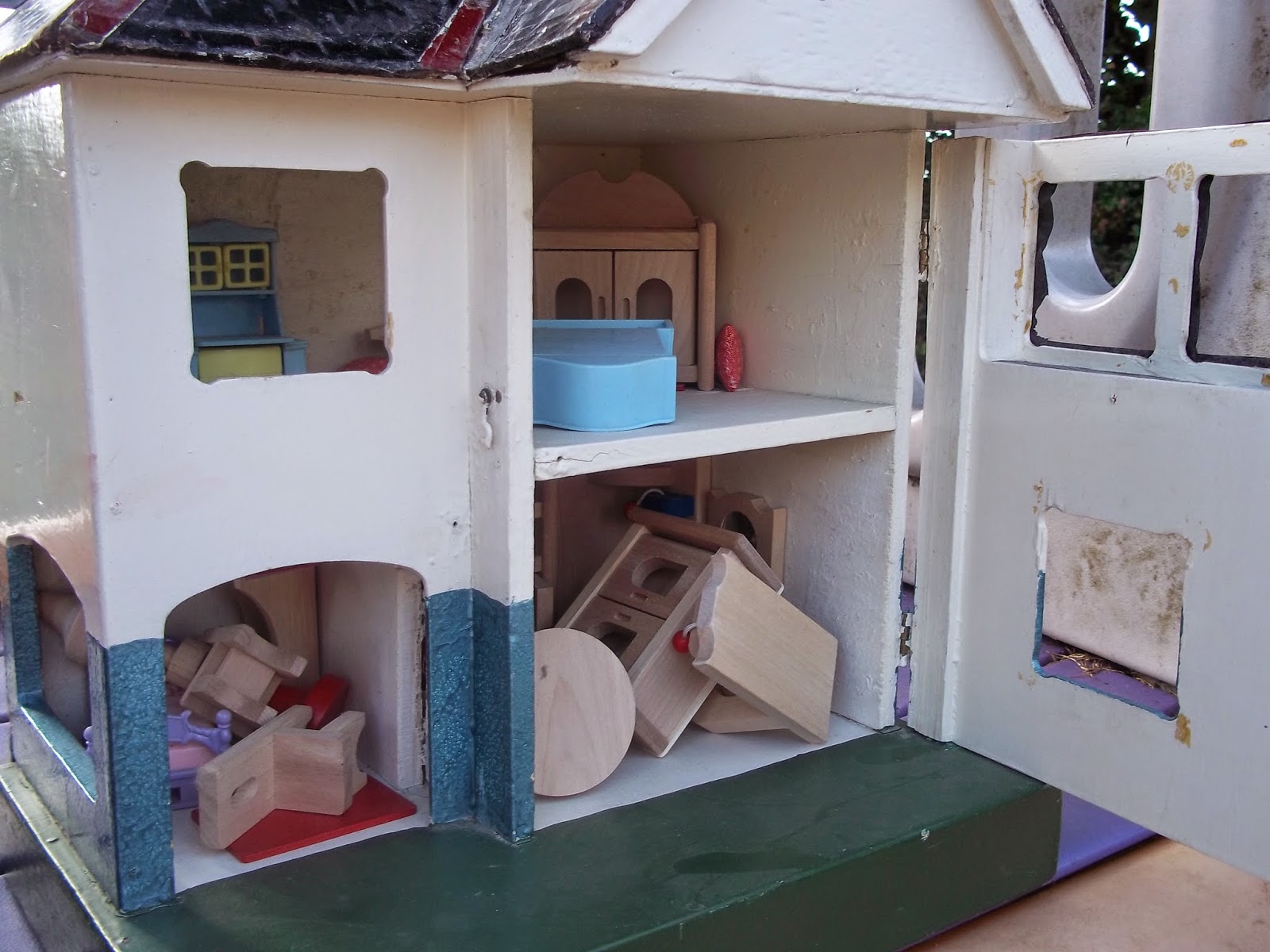 When i got home Mr Bah Humbug was in the garden pottering with his scooters so I thought I would get the, what the hell have you brought home now lecture , instead he sort of liked it . Mainly because yesterday i realised hed hid yet another scooter in the back of his van ..lol
We really are a bonny pair of pack rats and made for each other in so many ways , but even im struggling to figure out what im going to do with it or where to put it , theres a project list as long as my arm already on the go , maybe over xmas?
Posted by kate steeper at 07:49