Bet you wondered where ive been, just had a busy work and trying to sort out Mr Bah Humbug kind of week , Sheffield to see the consultant this morning , hes discharged back to his GP for the time being, hes got to go to physio and get up to walking 5 miles a day, this may take some time as hes currently hobbling after 100 yards ..lol.. the look of horror on his face  . But theyve said that at the moment theres little they can do as the core spinal muscles are wasted he needs to build these up before they try anything else, at least the job center has agreed to pay his ESA quickly , im some what amazed at that . Plus we might try to get his carpel tunnel on his wrist done, hes been putting it off for ages , its a bit like owning a clapped out car hes always doing something .
Its been a wee bit windy here , weve lost a couple of fence panels and the wendy house set off down the garden , very Wizard of Oz . 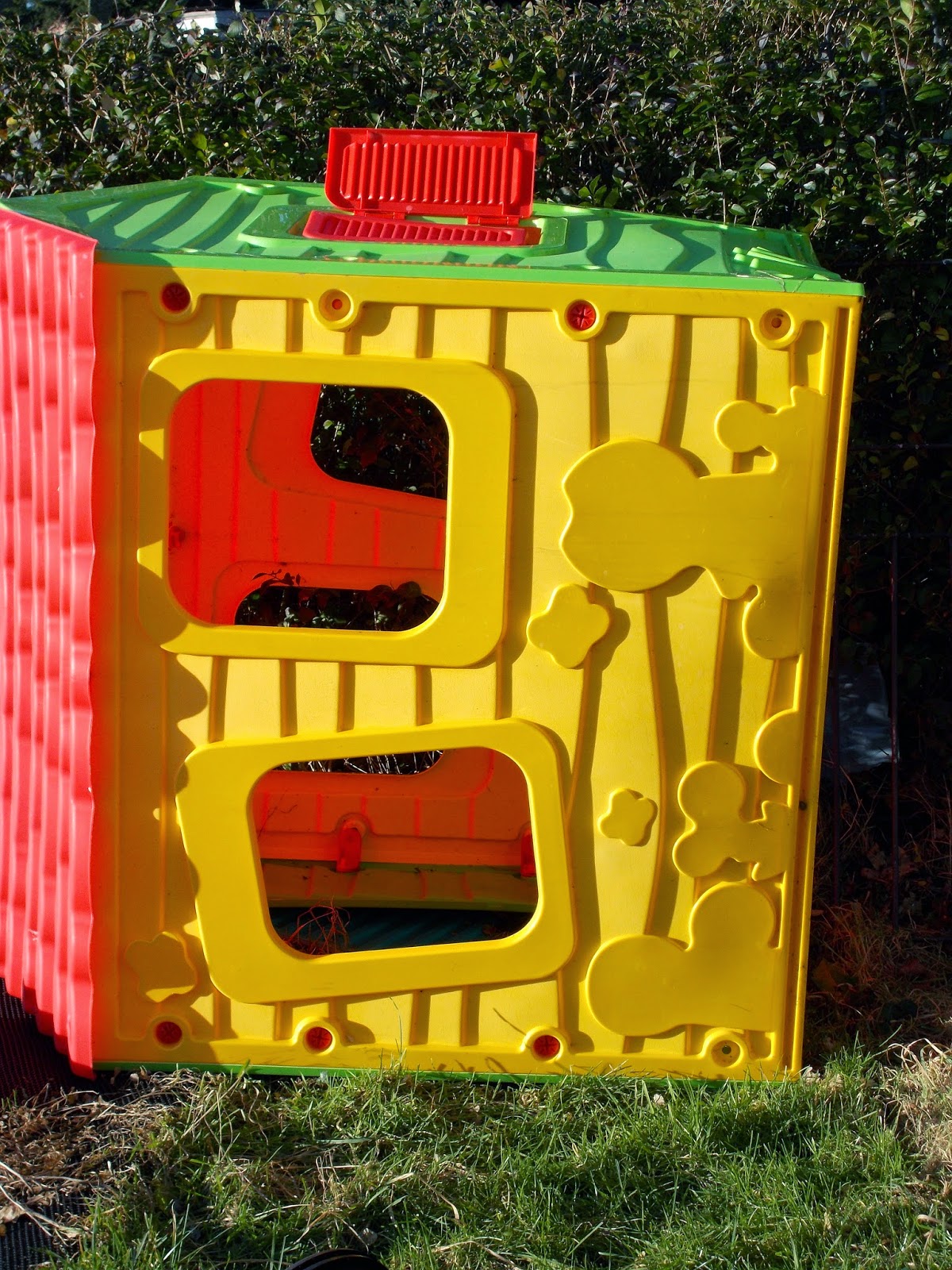 I managed to sneak off for a few hours yesterday and did the charity shops of Market Rasen , all four were rammed full of stock , I guess everybody is purging for the new year , but I didnt see a thing that I could use , then the two shops at the top end of nettleham road Lincoln which were the just the same . So not a single thrifty purchase this week .
Just for a change I thought I would pop into Waitrose a place ive maybe shopped at twice in 10 years , its one of those supermarkets that you perceive as only being for the posh people . True I was followed round by the store detective ..lol ..but im used to that it always happens in M&S and you can have great fun tormenting them .  Pleasantly surprised by the place , yes it was full of posh people and the stock is amazing its full of deli items i wish i could  afford, but they also do some really nice own brand ranges . But the best bit is that at 12 oclock they had marked the short date stuff down by 50% , in Tesco its usually 30p off till 7pm , so i took advantage of some £2.00 mince packs that didnt even look grey and unappetizing, plus dips and cheeses  . In fact I came out with 2 bags full for a whole £8.00, so the freezer will look healthy again . The only quibble I could see was that the fruit and veg aisles had hardly any stock of cheap basics , they do sell them but the shelves were very empty , will I go again ?  yes if im passing that way , maybe the store detective will get used to me , if not i will start following him.......drives them mad...lol
Posted by kate steeper at 07:57