Meet the ancestors, this was the home of my Aunty May and Uncle Pete  up until the mid 1990s . they were are great part of my life when i was growing up . 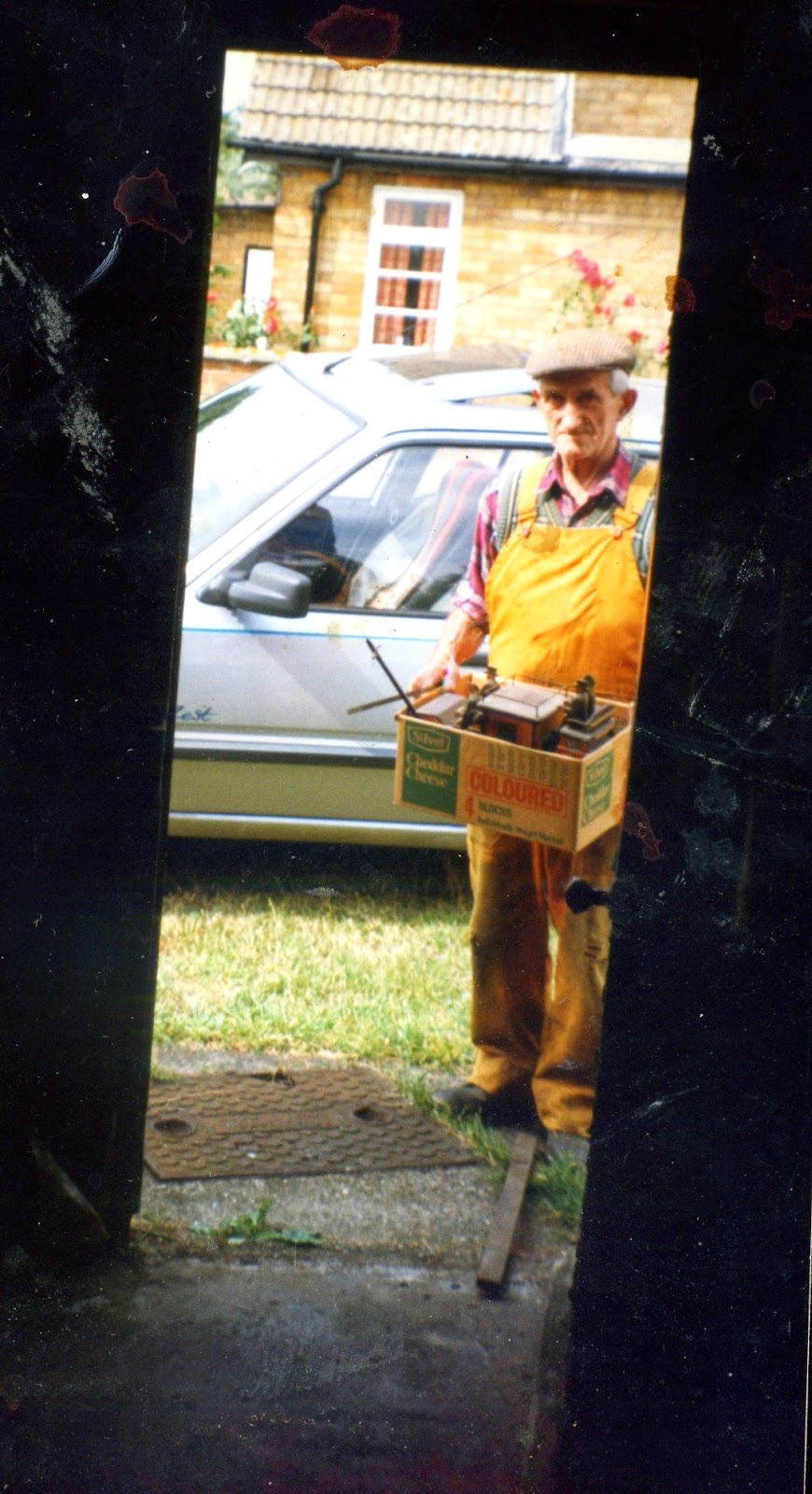 Uncle Pete was profoundly deaf and never switched his hearing aid on and was a tiny weedy bloke  . My Aunt May was a big strapping 6ft lady , who was a ganger on the land for a great many years . They married back in the 50s much to everyones amazement as it was expected that neither would marry but would stay on and look after there parents into their old age, it was the done thing for an only daughter and a youngest son . They were never blessed with children and accepted there lot , but they always had a hoard of nephews and nieces hanging around , mainly i think because they had land and we got to drive ancient tractors and farm machinery . Health and Safety would  have had a field day .


My aunty kept a herd of milk goats and chickens for pin money . Getting to the outside loo with an evil smelly billy goat sitting on the roof and waiting for you was an experience. Plus there was the fact that my aunty could bake in ways i can never hope to compete with all ,done on a solid fuel range ..

These photos were taken the day they had to leave their home and move into sheltered housing , my Aunts joints were giving out after a lifetime of farm work and my Uncle had the early stages of dementia . It was a house very like my Grandmas that i grew up in , they even had the bath under a worktop in the kitchen just like she did . A single cold water tap and dodgy home done wiring complete with Bakelite fittings and an iron you screwed into the light socket . the following day the house was bulldozed for a new development at least the sale of the land provided them with good care till they passed away a couple of years ago .
They always seemed contented with their lot , they never bought new , replaced things only when they couldnt repair things anymore and just didnt aspire to what others thought important . Maybe thats the way were going again ?