So we will delve further into this weeks auction mega haul , ive now managed to get it down to 8 boxes after a huge donation to the church was dropped off . Now this was the little box among all the other stuff that I actually wanted , this will take me weeks to sought through and squirrel away .
We have a box of filthy dusty , that nobody could be bothered with . But came as a part of a bunch of wool and sewing machines and other strange .
Be still my beating heart, its yet more knitting patterns in fact loads of 50s and 60s dolly ones . Toy patterns taken from 50 s and 60s magazines etc etc . 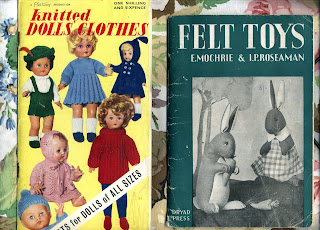 One I have just the dolly for , but with my knitting abilities may bear no resemblance to this ..lol 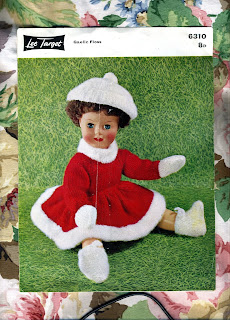 And for all you vintage frock fans theres a nice pile of childrens dressmaking and ladies from the 50s , many are still in the postal envelopes unopened , some are used and incomplete but i may have a use for the covers from those . Yet to be sorted through properly , I can see this current haul taking weeks to go through properly . 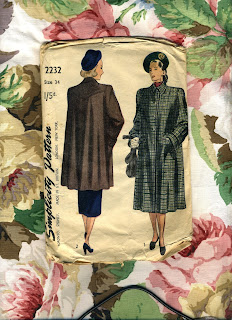 So thats my light relief for the week , as i toddle off to the depths of Hull to escape the endless American election coverage , which goes to prove they have as much choice as we do in who leads us . Theyve been given a choice between an Orangutang and someone so slippery they make Tony Blair look honest . I think its time to stick Putin on the ballot sheets and just give up.
Posted by kate steeper at 02:20