This week there hasnt been an awful lot of thrifting , work and play have rather caught up with me , plus a simple lack of cash . Ive done an awful lot of work the last couple of weeks but it takes months sometimes to get paid. then theres the fact i have to find the fuel to do the work upfront..joy
But i popped in to the Christian cafe a few days ago and they were sending several large boxes of books to the ragman ,one of my friend is a volunteer there so he  let me have a root . after a coffee and a natter I pointed out a theory to him . They had had a 10p book sale to try and clear a lot of books , they had got rid of a few but it hadnt cleared the backlog . so why didnt he try giving them away for a donation?  So we sat and watched for a couple of hours and sure enough people would fill a bag and give him a couple of pounds for them , we made more money giving them away in boxes to root through than at 10p presenting them
nicely... 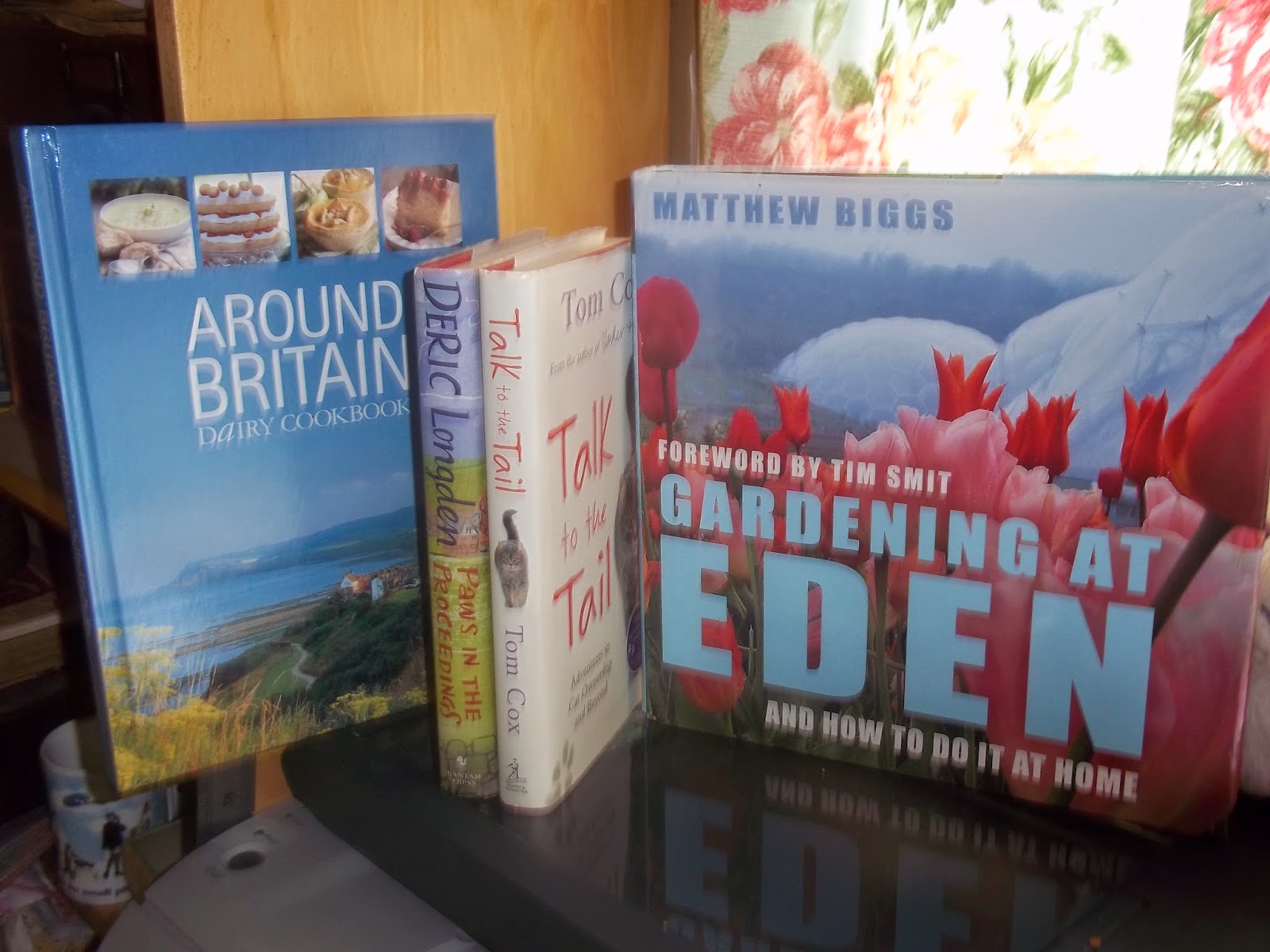 Thens this little cardboard singer box that i thought might have something useful in it . A whole pound it had a nearly full,  vintage box of machine needles all useable almost 100 , thimble, feet , kilt pin, bodkins , what appear to be black rubber somethings ?? a metal plate that is obviously to a sewing machine that doesnt say Simanco so may not be singer , but best of all a needle holder with screw for the one my daughter lost for her handcrank that she has had since she was 5 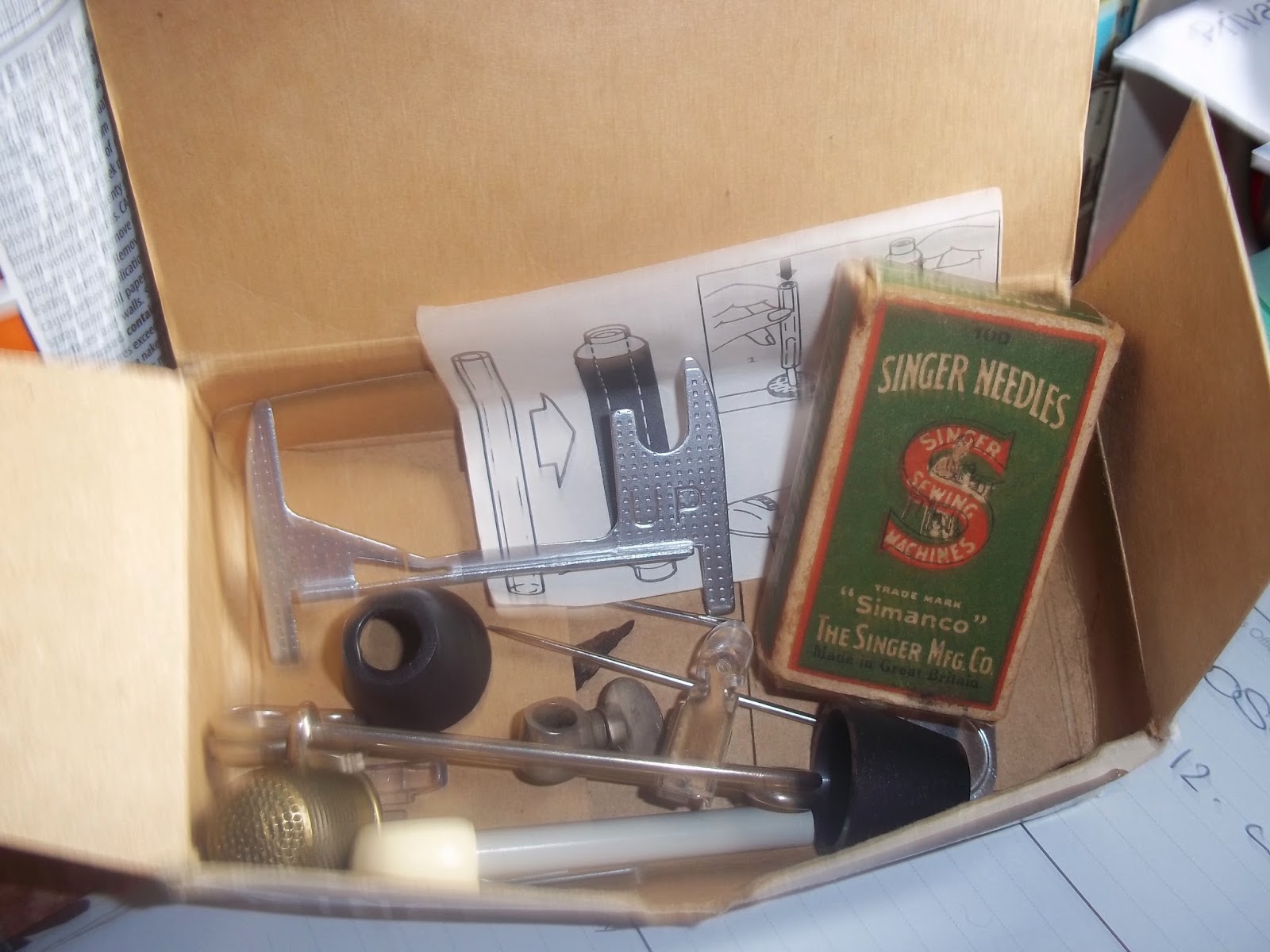