This seems very appropriate today so ive dragged it out of the archives , apologies to those who have seen it before .
Maybe its the 100 year anniversary of the Great War that drew me to my Great Grandad , I can remember been taken by my great grandma to see his name on the war memorial . She was a women of legend widowed 3 times and as i also found out looking through birth and census records a mother of many . She didnt tolerate fools and idiots even into her 90s  and was still pottering to the betting shop and the pub for a lunchtime half of stout up until her death .
Its a sad tale really, Frank died in 1916 at Thiepval in France his body was never found , he was 26 and left great grandma with 5 children the youngest who he never saw was my grandad . I do have a very bad photo of him from regimental records indulging in bayonet practice , he does look a weedy little chap and had been unfit for foreign service at the beginning of the war , but because of the manpower that was lost he eventually ended up in France . He was a fustian cutter before the war working in the Cheshire Mills , having found his army number it was a simple matter to look at the Commonwealth War Graves Commission

and this is what i found 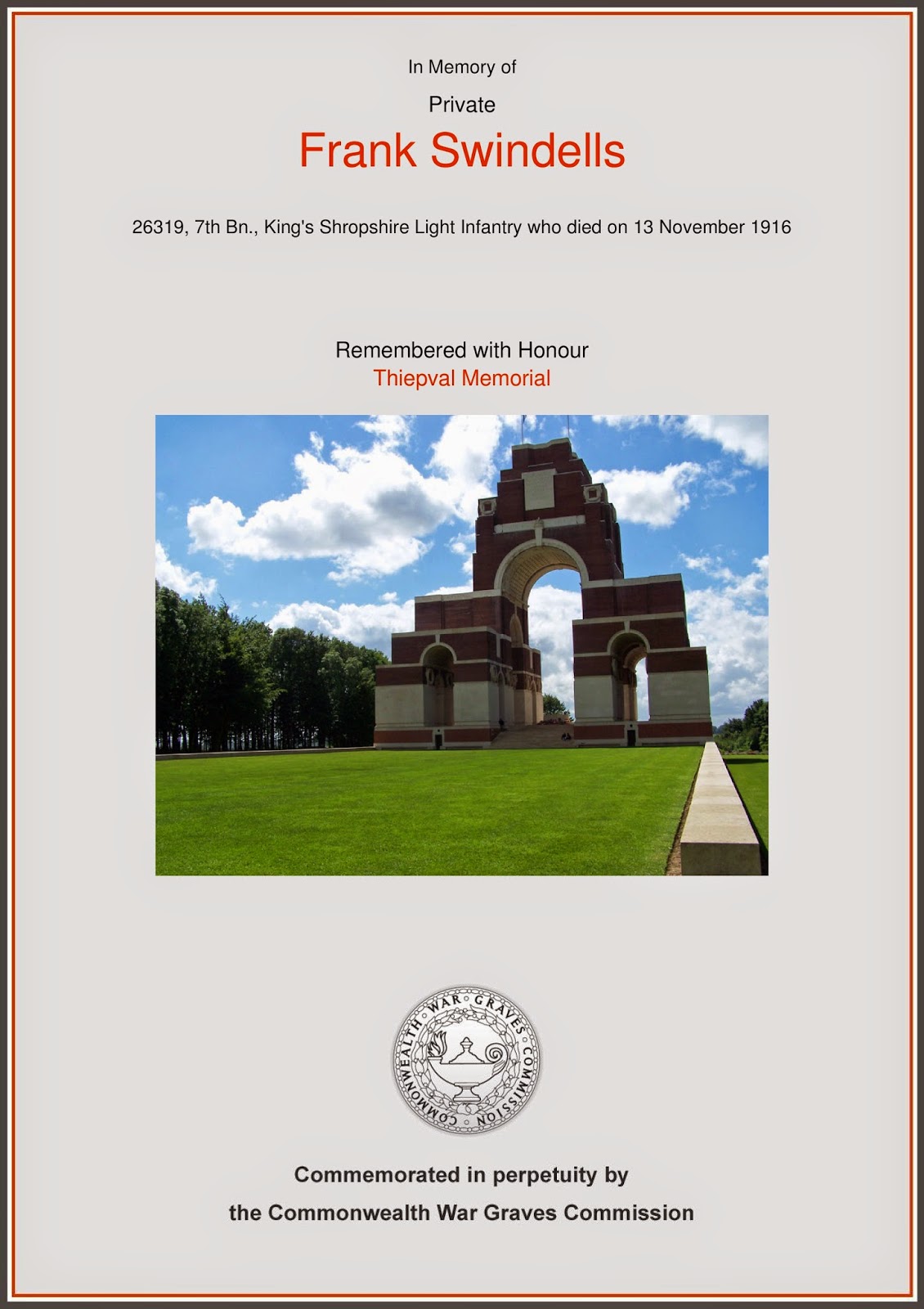