So up nice and early this morning with a munchkin in toe , New York , Billinghay and Metheringham car boot sales and i spent a whole £1.50 on a skirt that i will perform surgery on when i get the chance . the only other thing I even bent down to look at were some burlap pig feed sacks , then i remembered it may look nice in the home and garden mags , but really its itchy , horrible to sew and gives off dust forever more . The ultimate guide to how bad the car boots are is that the munchkin asked for nothing and could he have a milkshake from the Co-op instead .
Yesterday however it was off to the tin factory , and just look at the haul . 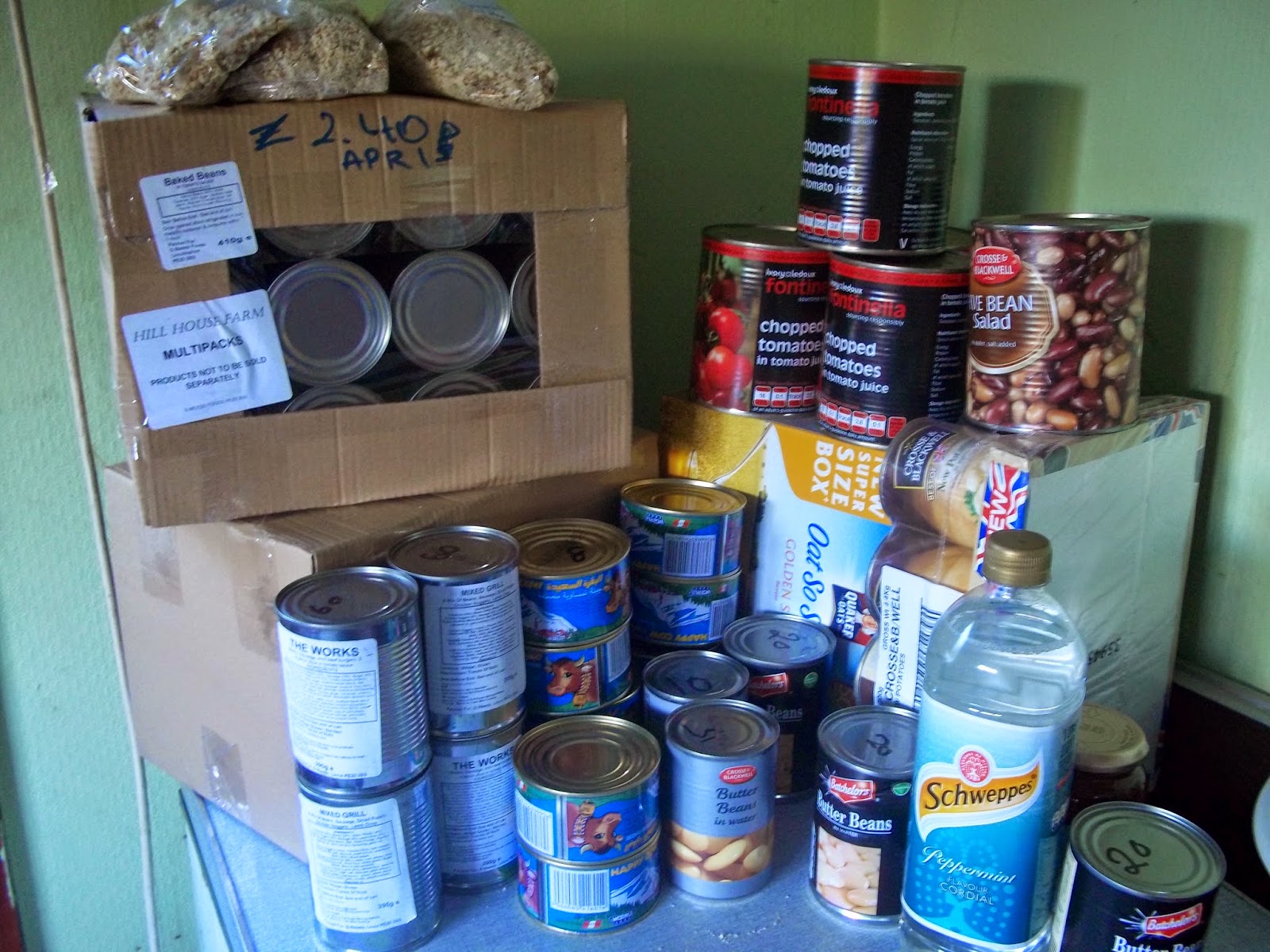 48 tins of beans , a case of new potatoes because Mr Bah Humbug is lazy when hes here on his own, 4 tins of grill with beans , 5 tins of butter beans , 5 big tins of tomatoes , 6 big tins of bean salad for when i forget to put the beans on to soak the night before , 50 sachets of porridge , 10 bags of stuffing , 10 tins of cheese which makes the ultimate cheese toasty  , 2 peppermint squash, 2 jars of posh ginger conserve all mine  ,  plus a couple of multipacks of crisps , some are missing from the picture because someone started to put it all away while i was looking for the camera!!
Grand total £26.70.

Now its possible to make some of these cheaper , but you cant buy even value brands cheaper in a supermarket . Now the Americans among you are often into canning produce but because of out horrendous energy costs its more of a luxury than a cheaper way of storing things . We do not eat the most healthy diet on the planet but it is varied and cheap , we supplement it with lots of vegetables which are very cheap  in season here in Lincolnshire. Though how all the potatoes at the car boot were cheaper in the Co-op was a little baffling ? Tommorow is another day and theres a little car boot at Tattershall village hall if the weather holds out
Posted by kate steeper at 07:38