When will the trail of caseworkers ever end in our lives..lol ..Nice son has got his very own caseworker to help him with housing needs , it would seem he may well be housed by the council , much to our surprise. I did think it would be a case of finding a private rental for him , so was working on funding that somehow .  Because his homelessness will be caused by  bereavement  and he has got a formal notice to quit from the solicitors he would be fast tracked into the same hostel that Young Baldrick  was in .  Because he has no problems with drink or drugs it would just be for a few weeks to assess him for independent living , which he wouldnt have any problems with , he does need a bit of help with form filling etc as he has a slight learning difficulty which is why he gets a caseworker . It does mean that i somehow have to accomodate all his furniture and goods into storage here until he gets somewhere to live . What fun that will be...lol ..His scooters and car are arriving today , he has a car but he cant drive yet, Grandad became very poorly just at the point he started his driving lessons.
Otherwise Harvest Chores are eating huge chunks of time , apples though small are in their hundreds , not good keepers they are being eaten and apple sauced in the slowcooker daily the mountain of pears next on the list  , still hunting for that cheap large upright freezer with my name on it at the auctions , the van being off the road for a few more weeks is hampering my plans .  My car that had been off the road since i finished work has gone to live with Uncle Kevin till it dies , it started first go after nine months on the drive !! and that has left a gap for sons car.
Im frantically trying to get rid of stuff to make room for sons stuff , biggest annoyance was that i filled the cars boot with loads of toys and books then could find no charity shop that would take them , apparently they dont take many toys on health and safety grounds , they wont take action man because it promotes war ,but they will willingly take slutty Bratz dolls that promote what? ...go figure . Only unused sealed toys are welcome . six shops later , the local hospice took them .


I found a file with dozens of my knitting patterns !! 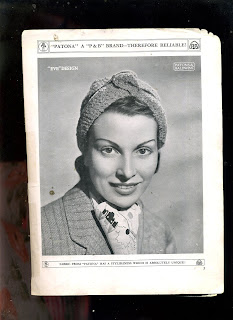