So the great unwashed has risen ?  the uneducated went to the polling station instead of Glastonbury ?
Bad choice there Dave, should have checked your calendar a little better shouldnt  you?
So heres another political broadcast from the Old Biddy Party .
Well this is all a bit of a surprise isnt it , my mother won an election !! Shes suitably horrified that her free bus is still been driven by a Rastafarian and that weird beardy bloke with a carpet behind his seat . Mother dearest we arent about to start cattle prodding people into the sea just because you dont like their colour creed or nationality . Your doctor will remain a nice girl in a headscarf who puts up with inherent racism every day of her life and feels no urge to join ISIS except after half an hour in your company .
Dave...there you and the missus were checking the sausage rolls on the buffet at your victory party when the results started rolling in ..ooops .. Your missus wore her victory dress and let a tear fall as you announced your resignation , what was going through her mind was "Oh shit " no retirement to endless cocktail parties in Brussels for us , now you know how the other half feel when theyre partner gets made redundant , hes going to be boring you to death with this story for the next 30 years at least.
Meanwhile George Osbourne has been hiding under the dining table with a calculator and a pencil trying to think of a way to squirm out of this unholy mess. He couldnt think of anything so now he plans to punish us big time by claiming he has to make these cuts to pay for us leaving  George, this may not be  quite as easy as you think . Folks who already have nothing , no jobs, no prospects, no education dont care anymore what you do  .
OK...Jeremy love , you got this a wee bit wrong if you had sided leave, the mob would now be baying for a General Election in which they would be pushing you to Victory . Though im deeply proud that you handed your deputy his wellies and sent him off to Glastonbury telling him everything would be fine ..Then proceeded to axe your party to bits , your training him so well in The Game of Thrones . 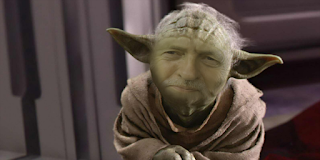 To our overseas readers ......dont panic ...we may have done the wrong thing in the worlds eyes and pushed the self destruct button on our economy , but we are a nation of scrappers and survivors and also a very nice and cheap holiday destination with very good exchange rates , low crime , few guns and multiracial taxi drivers just like at home . We even made Donald Trump welcome , him and Boris are going to make politics entertaining for years . while quietly behind the scenes the people who really run this country and yours, get on with the job ...< insert weird horror movie cackle at this point >
Posted by kate steeper at 02:30