Well it is very drippy out there .  So what have we been up to in the world of scrouging this week ..lol
We went to see the lovely wizard at Sheffield Hospital a nightmare of a journey due to roadworks . Then a case of pensioners paying dodgems with their mobility cars in the disabled parking , its great when your having to separate a pair of  stick wielding old duffers who really had just scuffed a bit of paint off their mobility cars as their wives look on in horror .  It was all on the security cameras so why they were having a go beggars belief ...Its a man thing
Only to get in there and find out only half the lifts were working and it took 40 minutes to get Mr and his wheels up to the top of the building , the Hallamshire has not a lot of lifts and its a huge tower block of a building , so we were 10 minutes late for his appointment , didnt matter as there was a big sign saying the clinic was running at least an hour late , but Mr has been going on and on  ever since how hes never late for anything and it was all my fault ???
But the sort of good news is that they are discharging him for the time being , there are lots of little indications of abnormality but nothing adds up to a diagnosis except of what he hasnt got , no more tumours found, hes not had another stroke and hes not having seizures which was the main concern . It appears he may have some weird form of migraine with aura which may be linked to his heart problems as well . So she cleared him to drive and doesnt want to see him again unless anything else major goes wrong .
You would think this would cheer Mr up but hes down in the dumps , although hes cleared to drive hes terrified to do so and he says physically he knows he would struggle most of the time . Hes also facing the fact that his days on 2 wheels are over and i think this one is whats getting to  him , hed rather resigned himself to the fact that the Neurologist would find something dire and he could eventually be free from the endless pain , its a little bad that a long unhealthy life is something to put you back into depression on a grand scale .  Lots of fishing and oranges and sunshine needed .

I have gone back to my old ways and had to rescue this little Edwardian school book . it was lonely and unloved 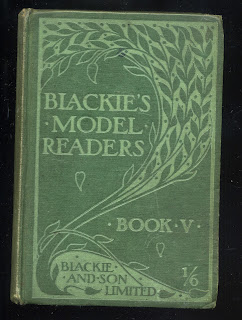 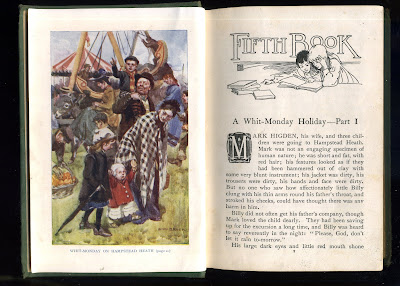