So Last week I thought I would go and squander the family budget at auction , no not really , I just go for a break from endless granny jobs and endless real work at the moment . Didnt want anything and got stuck in one of the endless rural diversion schemes for road works so arrived late and couldnt view . Buying blind can go very wrong...lol
But I only bought 2 lots unseen , a little box of damaged china dolls heads, always useful  , its amazing what can be created with a few Poundworld LED lights , so thats another project stuck in  a draw I might get round to ..lol
Then right at the end there was a pile of comics and sci fi books that nobody seemed interested in , so yep i bought more books only to find i'd got my favourite pulp fiction sci fi and lots of simpsons comics for the munchkin . The sci fi dates from 1961 right through to the 1990s and theres a lot of reading for me to get through , some are sought after just for short stories by certain authors and im a sad nerd who knows this . Plus they can be thrown on the scanner to show you a few . Still debating about ebay , I do have a vague long term plan but it needs a lot more costing and planning yet .

Meanwhile in the real world Mr Bah Humbug is having a few computer problems bless him , he was supposed to attend yet another course only for them to say he was to far advanced to take it . So we rang the job center and spoke to the very nice and useful lady advisor he as at the moment and explained that he needs to take his ECDL next but theres no available funding . Within an hour shed found one group that has funding for the disabled to take this free  and hes going to see them tomorrow . Its weird you need to make endless calls round different providers and Job Center had a few that arent on the list I have . 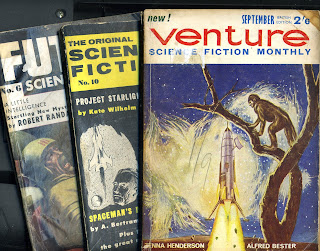 On the Young Baldrick front , weve seen very little of him . In fact we find more out from social media than he realises , he came for Sunday dinner last week and once i got him on his own we had a chat about how things are going . Hes currently top of the housing list to get a flat , silly idea because he wont cope on his own and we can see he will be homeless yet again , he needs supported living of some description , but the safeguarding lady has finally managed to get Community Psychiatrics involved  and he now has a case worker and he is on medication awaiting proper assessment . Sadly he told me he hasnt been taking his medication because he doesnt like the way it makes him feel , theyre sure hes having episodes of psychosis and schizophrenia has been mentioned again .Theyve also managed to get him on to PIP and ESA which means hes getting tons of money that all seems to be going on drugs and cheap cider . He had nothing for groceries and hed only been paid the day before , he said someone had stole his money , but we've heard it all before . Mr Bah Humbug lost his temper for a change and told him he needed to get a voluntary job to pay something back to society at which point he wanted to go back to his scheme . 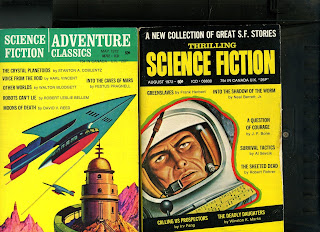 So thats  the unexciting week on the fens over with , im sure life will get more interesting once the real world job calms down a bit